On Friday night, Utah Governor Gary Herbert bowed to pressure from a broad coalition of Utah families and vetoed a controversial bill that would have outlawed discussion of contraception in tenth-grade health education classes.

Utah already has a conservative approach to sexual education that allows school districts to choose “abstinence only” curriculum or “abstinence-based” curriculum that includes basic information about contraception. House Bill 363 aimed to ban all discussion of contraception and to allow school districts to opt out of sexual education altogether. It’s yet another instance of anti-contraception political rhetoric and action this year.

While advocates of HB 363 included Mormon women like Gayle Ruzicka of the conservative Eagle Forum, Mormon women also led opposition to the bill, helping organize letter and petition drives which garnered 40,000 signatures calling for the veto.

At a rally Wednesday night at the Utah state capital, Hilary Brown, a Utah Mormon, carried a picture of the Virgin Mary with the caption: “Abstinence. Not Entirely Effective. Knowledge = Power. Veto.”

Meredith Hudson LeSueur, a Utah Mormon and mother of two, converted Brown’s sign into an image that went viral on the internet.

Other Mormon mothers blogged and used internet petitions to write candidly about sexuality and sexual education in the lives of young Mormons.

Beth Adams, a self-described “progressive and on-the-fence Mormon” and mother of two, who lives in Utah, blogged candidly about sexuality and sexual education in the lives of young Mormons.

After the veto, Adams said, “What HB363 meant to me was that the legislature was using a clumsy, transparently religious justification to remove my choice as a parent about what my kids would be able to learn in school. And even though as a parent I’d like to think I would be able to fill in, I’m sure I would miss something, or my kids would be unable to listen to me out of pure mortification. And more, I know from experience that there would be a lot of other kids that just wouldn’t get the facts at all. And I just couldn’t keep my mouth shut.” 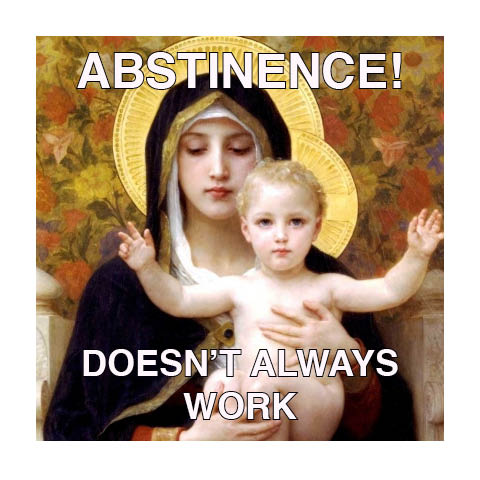